“For no one can lay any foundation other than the one already laid, which is Jesus Christ.” –1 Corinthians 3:11

The Supremacy of Christ Jesus –Colossians 1:15

It is written: Jesus says, “I am the way and the truth and the life. No one comes to the Father except through me” -John 14:6

“For in the gospel the righteousness of God is revealed—a righteousness that is by faith from first to last, just as it is written: ‘The righteous will live by faith.‘” -Romans 1:17

“Yet a time is coming and has now come when the true worshipers will worship the Father in the Spirit and in truth, for they are the kind of worshipers the Father seeks. -John 4:23

Simplicity in Christ. It is written: “I [Jesus] tell you the truth, anyone who will not receive the kingdom of God like a little child will never enter it.” -Mark 10:15

“The Gospel had leaped over national bounds to a people who in the judgment of the Jews were not the recipients of God’s blessings. The following questions may have arisen: Should not the new faith in Jesus Christ be kept within national bounds? On what grounds could non-Jews be sharer in the Jerusalem-centered Pentecost? The Jewish Christians [Messianic Jews] had no blueprint for church extension beyond Jewry. Their viewpoint had not risen above the common Jewish idea of proselyting.” –The Holy Spirit and the Holy Life, Chester k. Lehman; © 1959; page 71

What makes Holy Nation different from all other nations who have “kings”? In Exodus 33:14 “The Lord replied [to Moses], ‘My Presence will go with you, and I will give you rest.’” The Judeo-Christian Holy Nation is entered voluntarily through belief and faith in Christ Jesus/Yeshua. It absolutely is NOT a political nation, but, rather, a spiritual nation that stands alone on the Holy Word of God. Its foundation and function is love. The very measure of greatness of a persons life in Christ is love. Neither money, wealth of possessions, title, rank, nor the external fashion of clothes empowers a person to live and give God’s love to other people. Love comes out of a pure heart and clear conscience towards God by Serving others beyond own self interests. Man can add nothing to the Kingdom of Heaven; rather, he must align himself with what is already established and true! 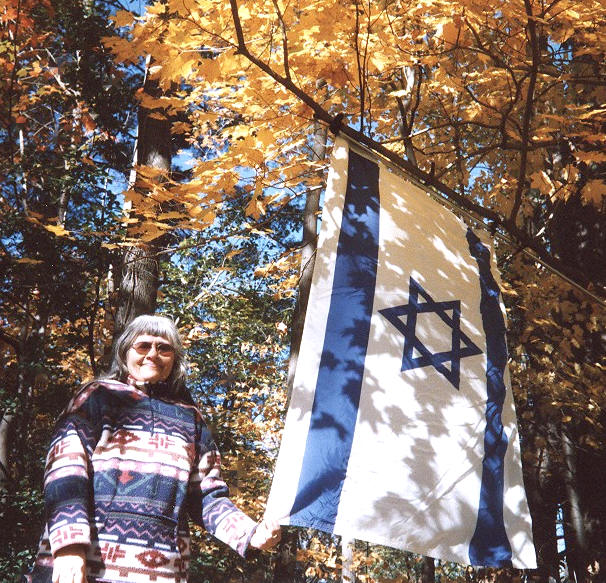 “Ever since its [Israel’s 1948] creation, there have been debates and disagreements about the nature of the state of Israel. Formally, it’s a secular democracy where Judaism is privileged; in reality, many orthodox Jews believe that Israel should be a theocratic state where Judaism is the supreme law of the land. Secular and orthodox Jews are at odds over the future of Israel and it’s uncertain what will happen.” -Learn Religion

Jewish heritage and religion passed through generations starting with the founding father Abraham (ca. 1800 BCE). Thus, Jews have had a continuous presence in the land of Israel for the past 3,300 years. “The Jewish people gave to the world the eternal Book of Books. [Holy Scriptures; emphasis mine] … This recognition by the United Nations of the right of the Jewish people to establish their state is irrevocable.”

“It may be hard to imagine, but at the time of [Biblical] Moses every nation on earth depended on slave labor. Regardless of the politics or economics pursued by governments, the Lord created the first FREE nation when he stripped Egypt of its slavery. He is the ultimate Deliverer.” –Reinhard Bonnke, Christ for All Nations

It is written: “Beloved, do not believe every spirit, but test the spirits to see whether they are from God, for many false prophets have gone out into the world. 2 By this you know the Spirit of God: every spirit that confesses that Jesus Christ has come in the flesh is from God, 3 and every spirit that does not confess Jesus is not from God. This is the spirit of the antichrist, which you heard was coming and now is in the world already. 4 Little children, you are from God and have overcome them, for he who is in you is greater than he who is in the world. 5 They are from the world; therefore they speak from the world, and the world listens to them. 6 We are from God. Whoever knows God listens to us; whoever is not from God does not listen to us. By this we know the Spirit of truth and the spirit of error.” -1 John 1-6

“Do not be yoked together with unbelievers. For what do righteousness and wickedness have in common? Or what fellowship can light have with darkness? What harmony is there between Christ and Belial” -2 Corinthians 6:14 “But our citizenship is in heaven…” -Philippians 3:20

It is written: In past generations it was not made known to mankind as the Spirit (Ruach HaKodesh) is now revealing it to his emissaries and prophets, that in union with the Messiah and through the Good News the Gentiles were to be joint heirs, a joint body and joint sharers with the Jews in what God has promised.” -Ephesians 3:5, 6 Jewish New Testament

Israel’s current government is set up as a de facto government- not the exact representation of Jesus’ Theocracy to come; nevertheless, the LORD orchestrates all things according to His perfect will. Israel was not born in 1948. Israel was born in the heart of God at the beginning of time. It is written: “Then the Lord God formed a man from the dust of the ground and breathed into his nostrils the breath of life, and the man became a living being..” -Genesis 3:7

Life is sacred, beautiful, irreplaceable, and awesome. Life must be respected with glory to the Living God! Life requires personal responsibility.

1 thought on “Jesus is theocracy.”